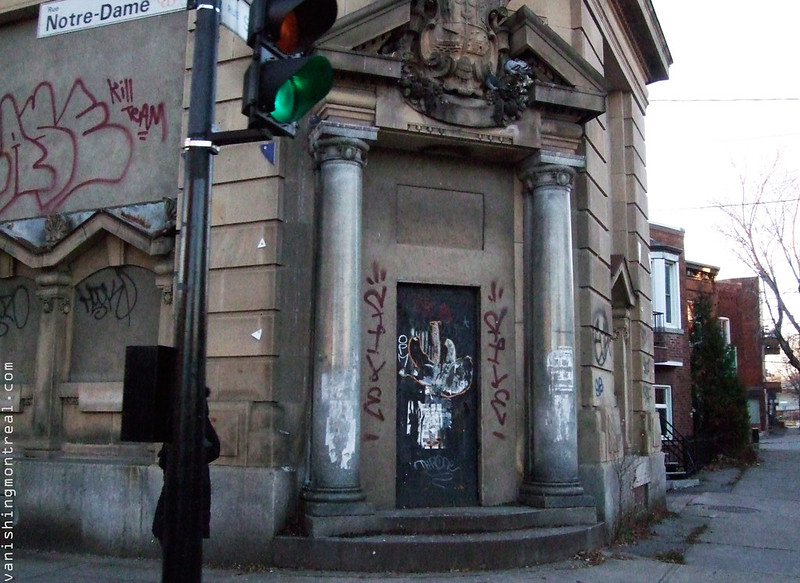 This Molson bank has been abandoned for many years now. It's a nice solid structure and yet it gets no love. 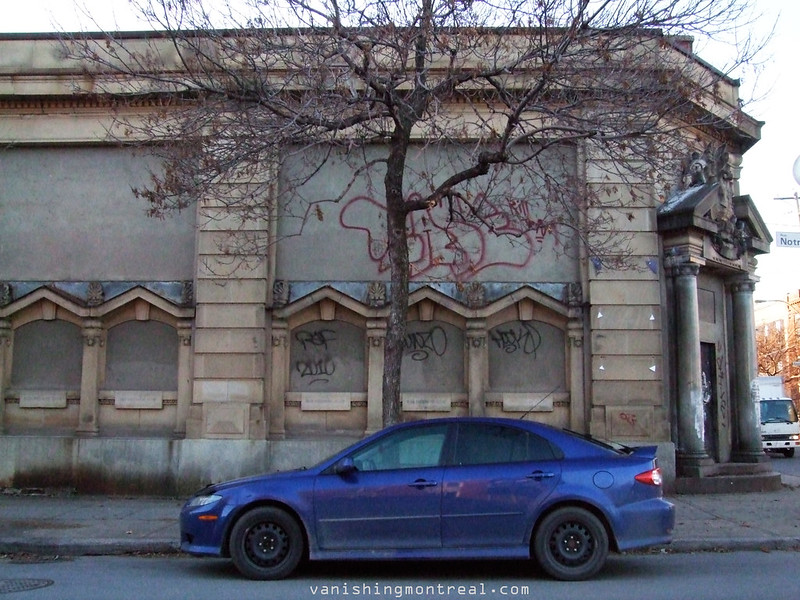 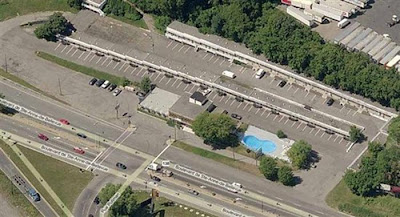 photo above: The Gazette


Famous/infamous Montreal landmark was closed 1 years ago, in October of 2009. Many won't miss it as they saw it as an eyesore but it's been in business for over 40 years and became, in spite of itself, a Montreal Landmark. The motel was supposed to have been demolished this past spring but somehow it was still standing when I took the "after" photos in November 2010. The "before" shots were taken from google maps when it was still open for business. It's somehow sad that it's gone because that area is one of the many real Montreal dead zones with few memorable spots and the motel was a reference point whenever driving by that somewhat ugly area.

I wonder what will they build there. According to an article at The Gazette, 20,000 vehicles drive by there a DAY. Who would want to live at such a busy location? 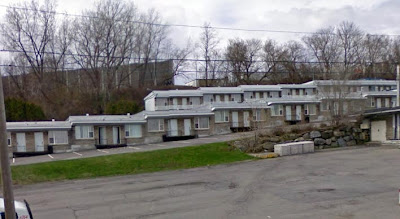 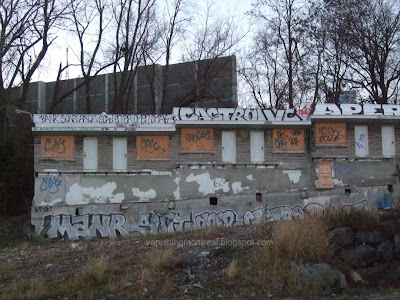 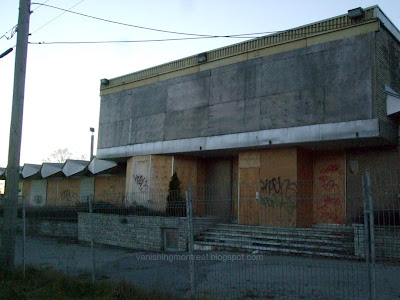 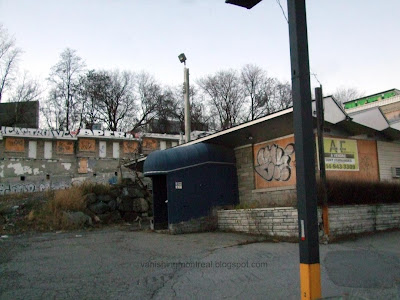 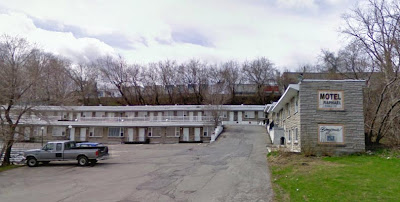 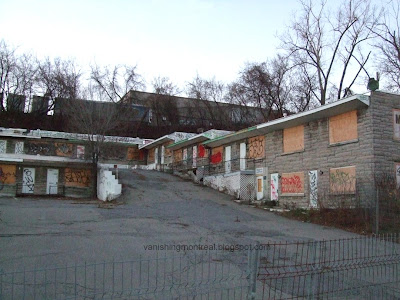 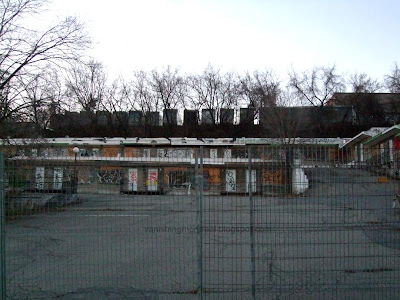 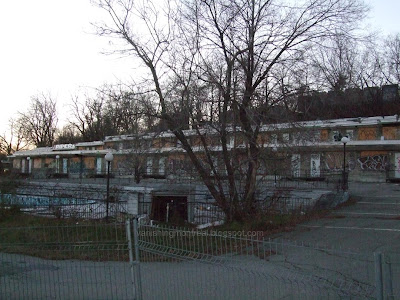 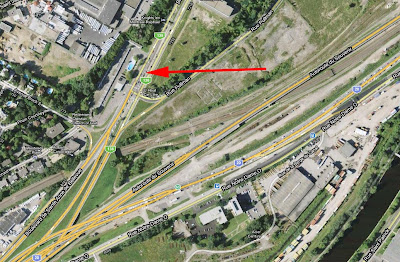 The Place d'Armes square in Old Montreal, in front of the Notre Dame Basilica, was totally leveled this past summer. And what a sight it was. The square as it used to look like can be seen in the bottom picture (from google maps).

Considering that it took the city forever to update Dorchester Square in Downtown Montreal, I didn't go back in Old Montreal to see if it was completed yet.

Addendum: I just read an article at La Presse about this and the square has been like this since september 2009 and they stopped the renovations during the summer of 2010, at the height of tourism, and probably only restarted this fall. It's amazing that it's taking longer than the Dorchester Square renovations. Also, the square was spruced up back in 1960. The last photo shows a computer simulation on how it's going to look like. 2 years to lay down some pavement.

Second addendum: I just learned that the renovation was delayed because while digging up around the square, they found archeological finds, like an old sewer and a wall that was part of one of the first buildings built in the area. 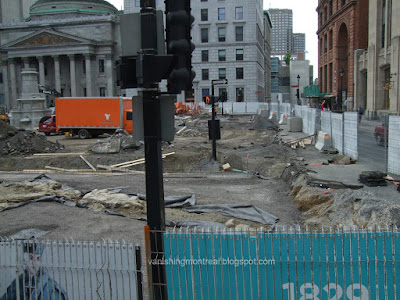 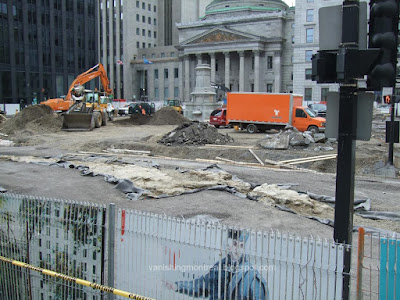 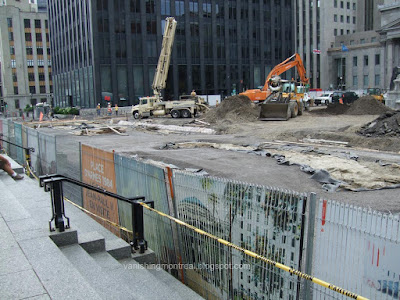 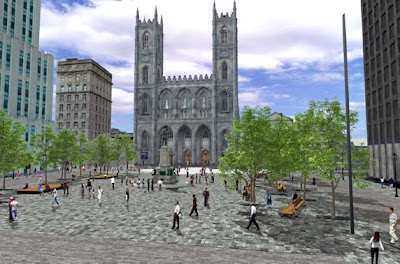 An anonymous industrial building, just next to the massive Alstom factory, was demolished and replaced with condos. I took a 35mm photo of it one summer and the next summer there was a finished condo complex. The snapshot from google maps below shows the unfinished stage. When I was there, it was completed. One of the fastest construction projects I've ever seen. 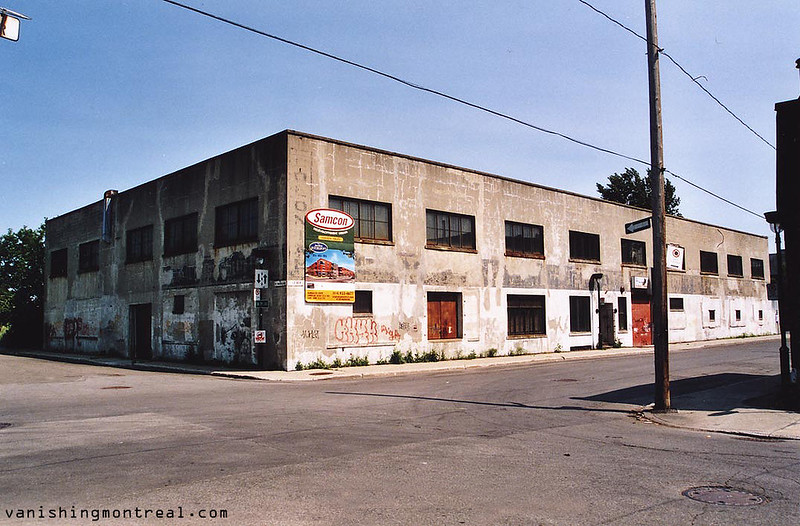 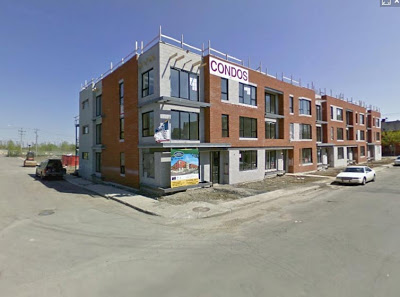 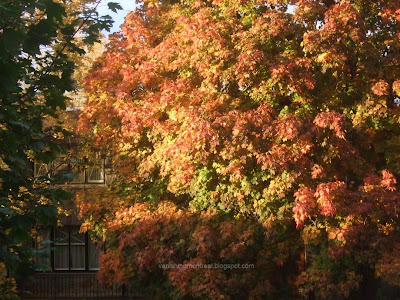 A view from my apartment just a few weeks ago
at 11:53 PM No comments: 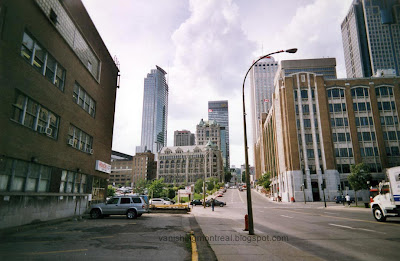 The ugly building on the left, which stood for 59 years on Peel street, just parallel to the soon-to-be gone Planetarium, was destroyed a few years ago to make way for a huge condo complex of several buildings. The land where the Bonanventure building stood is still vacant but the land behind it is where the construction took place. Also, the ETS school built an adjacent complex on the same bit of land. It's odd that they destroyed the building but only built around it, leaving a big empty space where it once stood.

I actually went inside that building and it's no big loss but it was there for so long that it was part of the Montreal landscape, in spite of itself.

I took the first photo a year or so before it was leveled.

The second photo is from this link 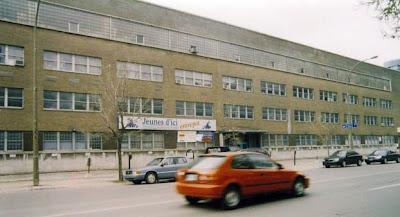 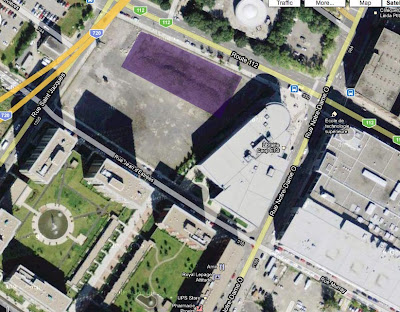 This Google Maps image shows where the building used to stand (I highlighted in purple). To the South: the condo complex; east: the ETS building; and north; the doomed Planetarium. The huge piece of land has been empty for many years which makes you wonder why they tore it down.
at 6:31 PM No comments: 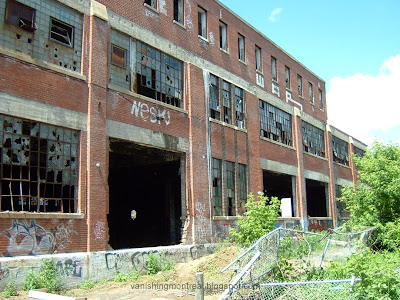 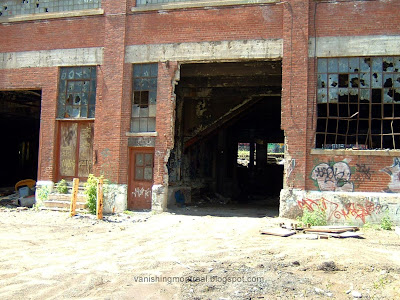 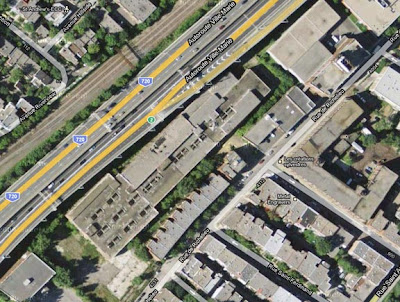 This building on rue de Richelieu in St Henri has been abandoned for over 20 years. It's not accessible from the street as it stands next to the Ville Marie expressway. It's a big building, spanning 3 or 4 blocks. The site is apparently toxic and will cost a lot of monry to clean up.